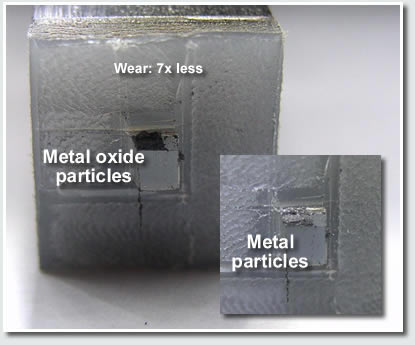 
Tested on the WMV pin on ring tribo tester according to the GLP norm.


Tested on the WMV pin on ring tribotester, according to the GLP norm. 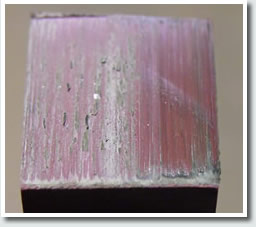 Example of unexpected detrimental tribological behaviour of Cr2O3 on HT-HNBR (dry conditions). The rubber wear is minor, but the wear of the significantly harder Cr2O3 is severe and green flakes were deposited on the HT-hnbr rubber. In this case hard metal(lic) surfaces are in favour. 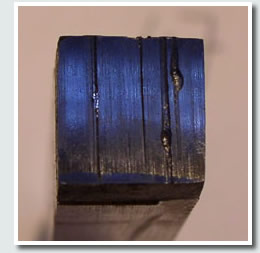 PEEK is a favourable material in metal-plastic bearing systems. Hardly known is that serious galling can show up despite the low c.o.f. and initial low wear rate in this system. In our tests this galling issue always showed up within 2 hours! Conclusively, PEEK is able to tear stainless steel particles out of the Steel surface! Hard (semi) ceramic coatings can effectively stop this PEEK tribo issue. 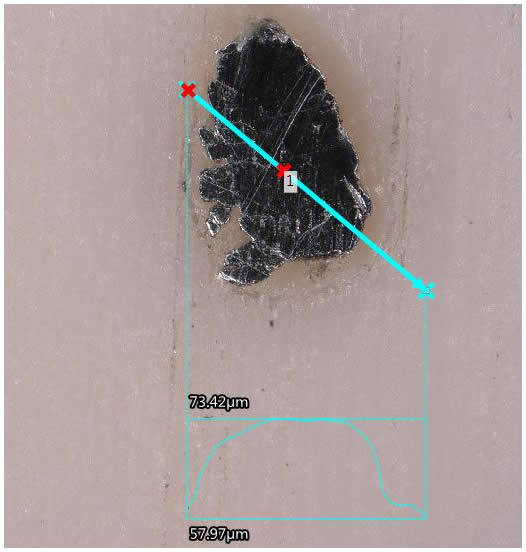 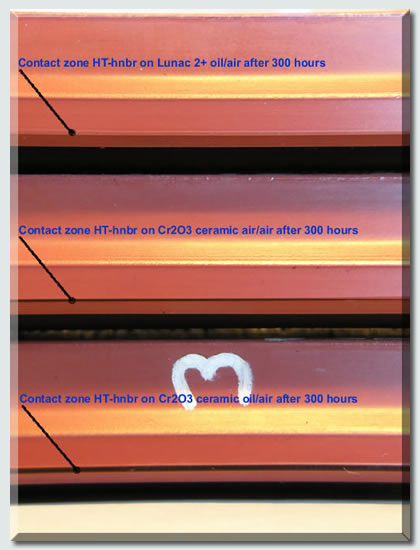 This picture displays the effects of a (coated) propeller shafts on 3 similar seals (HT-hnbr represents a high temperature nbr version). Clearly visible is the low thermal conductivity effect of a full ceramic (chromium oxide) coating. A closer inspection revealed micro cracks in the black contact zone after bending. The good thermal conductivity of Lunac 2+ (equal to steel) lowers the interface temperature. No leakage inducing micro-cracks were developed if the shaft was Lunac 2+ coated. Consequently, Lunac 2+ can relieve seals.

Lunac 2+ can both reduce and stabilise the coefficient of friction 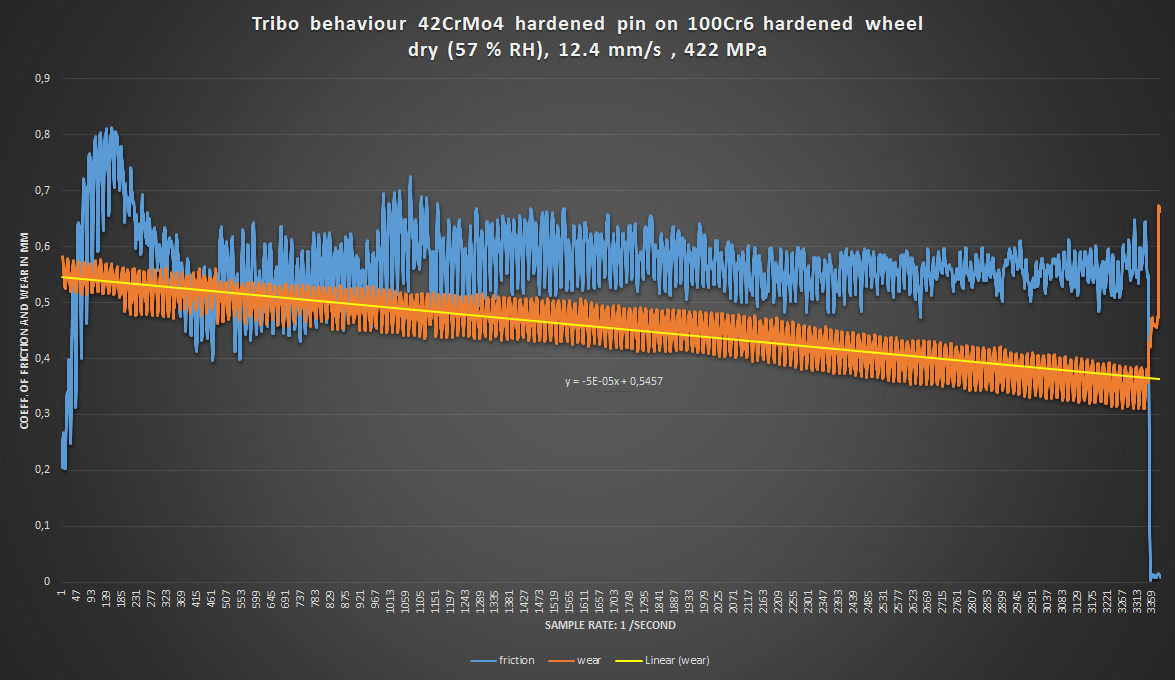 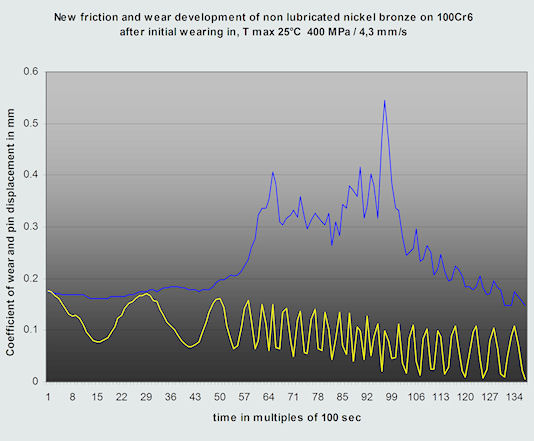 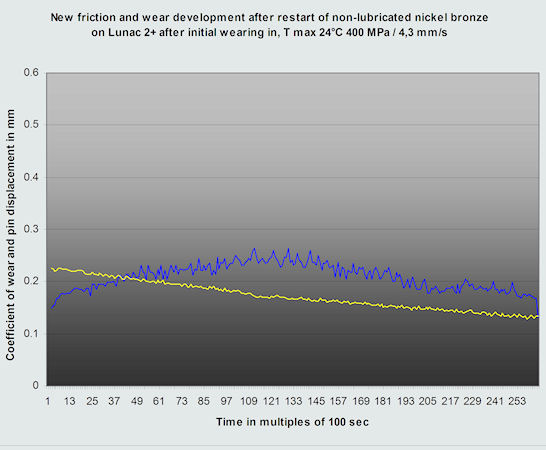 Conclusion: In most tested systems, Lunac 2+ coatings lower and stabilise the c.o.f. as well as the wear of both surfaces.
Only cavitation and high rev. shafts in sea water are known for to be able to fracture or 'tribo-corrode' the Lunac 2+ surface.